Understanding the NSS reports in the Student record 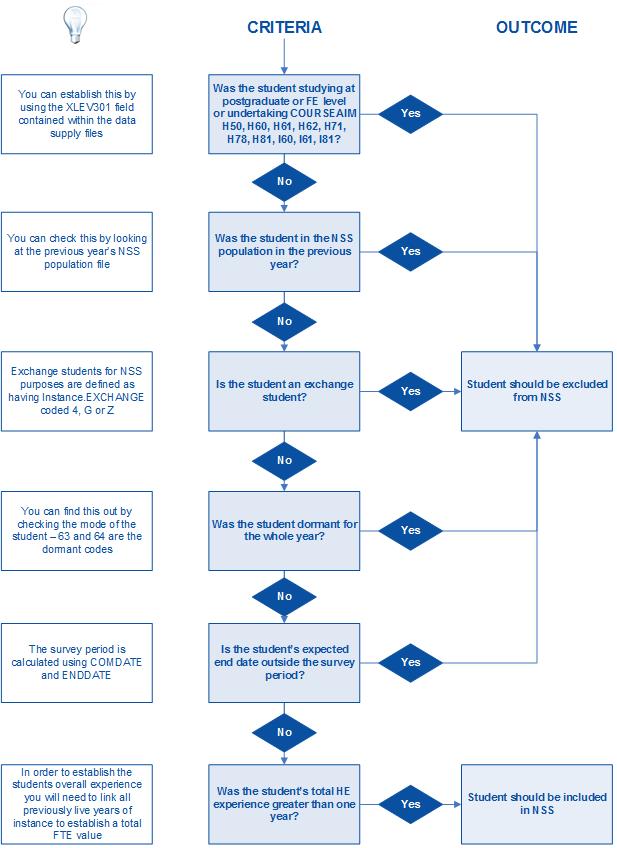 A. All students in England, Wales and Northern Ireland studying on courses leading to undergraduate credits or qualifications will be surveyed in their final year of study. Participation in the survey is optional for providers in Scotland however the majority undertake the survey. The specification for the population details the exact criteria for determining inclusion and this can be found in the Student record coding manual.

A. Outgoing exchange students are eligible for inclusion in the survey population however incoming students are not. The full details of the Instance.EXCHANGE codes excluded from the population can be found in the specification available from the Student record coding manual.

For providers in Scotland the TOTFTE calculation includes an additional stage. If, in the current reporting year, Instance.FTEMETHOD = 2 (all the load is assumed to be in the first HESA reporting year) and Instance.TYPEYR records that the instance runs on non-standard years, the total FTE will be the sum of the Instance.STULOAD returned but will not include the projected Instance.STULOAD for the final year.