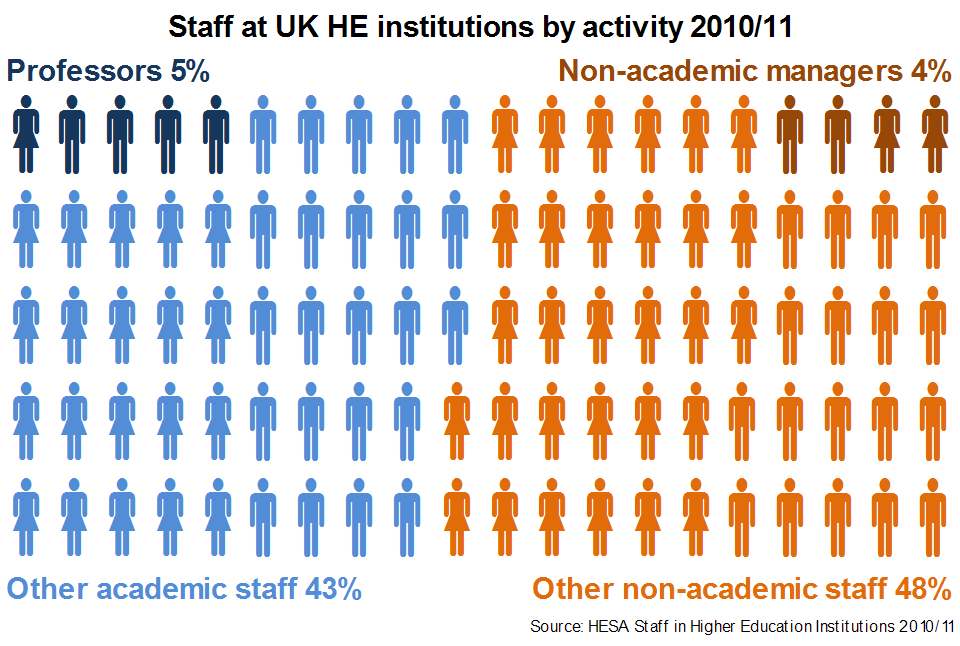 The table below shows the numbers of professors and other academic staff by ethnicity, gender and nationality in 2010/11.

The table below shows the numbers of non-academic staff by gender, ethnicity and nationality in 2010/11.

Staff in Higher Education Institutions 2010/11 includes the demographic and contract characteristics of academic and non-academic staff in UK higher education. Staff in Higher Education Institutions 2010/11 includes 28 tables of data giving comprehensive coverage of the HESA staff data record and is available to purchase and instantly download from our site.

A schedule of HESA releases for 2012 can be found here.