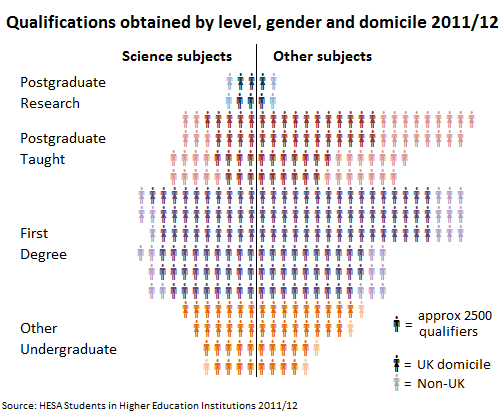 Further tables and graphs from Students in Higher Education Institutions 2011/12 are published as free online data tables and in the publication's introduction.