Bike Week 2015 is encouraging people to use their bikes to cycle to work. Our Estates management record (EMR) collects information about the total number of cycle spaces at higher education providers and an estimated percentage of students and staff who travelled to and from their providers by bicycle. Note it is not mandatory for providers to return this information to HESA but in practice the majority do (149 of the 159 returned data in 2013/14). 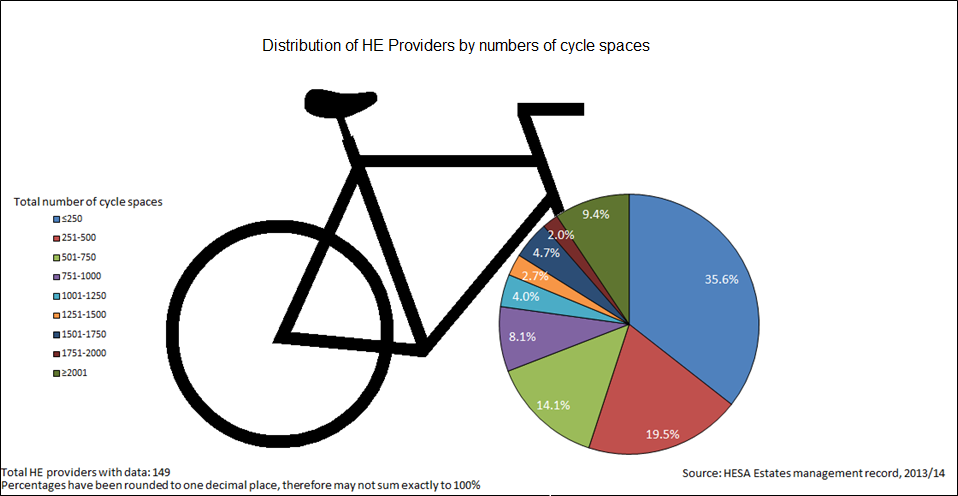 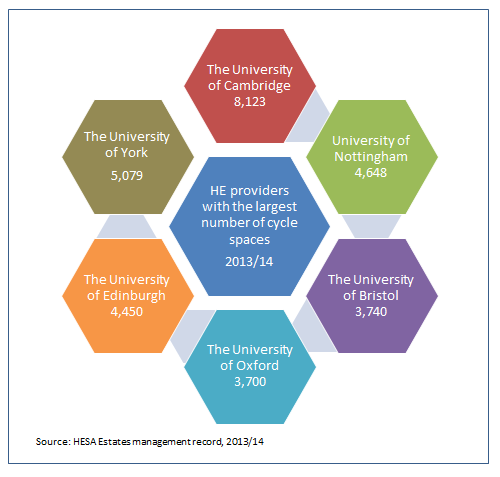 Percentage of staff and students who commute by cycling 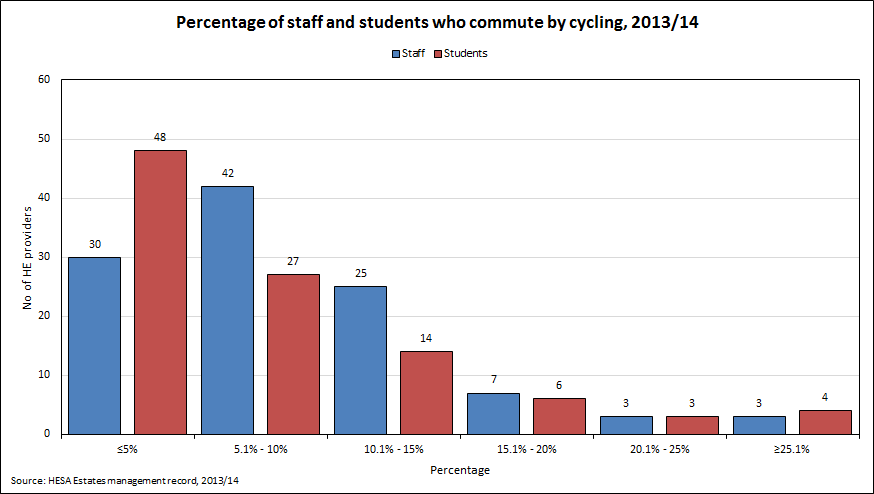