The table below shows the rate of change of student numbers by domicile. The total number of students rose by 0.3% from 2009/10 to 2010/11. However the number of UK domicile students fell by 0.7% and the overall increase was entirely due to higher numbers of non-UK domiciled students.

The map below shows the countries of domicile of non-UK students studying at UK HEIs. More details about student numbers from the top ten non-EU and top ten EU countries are given in the tables below. 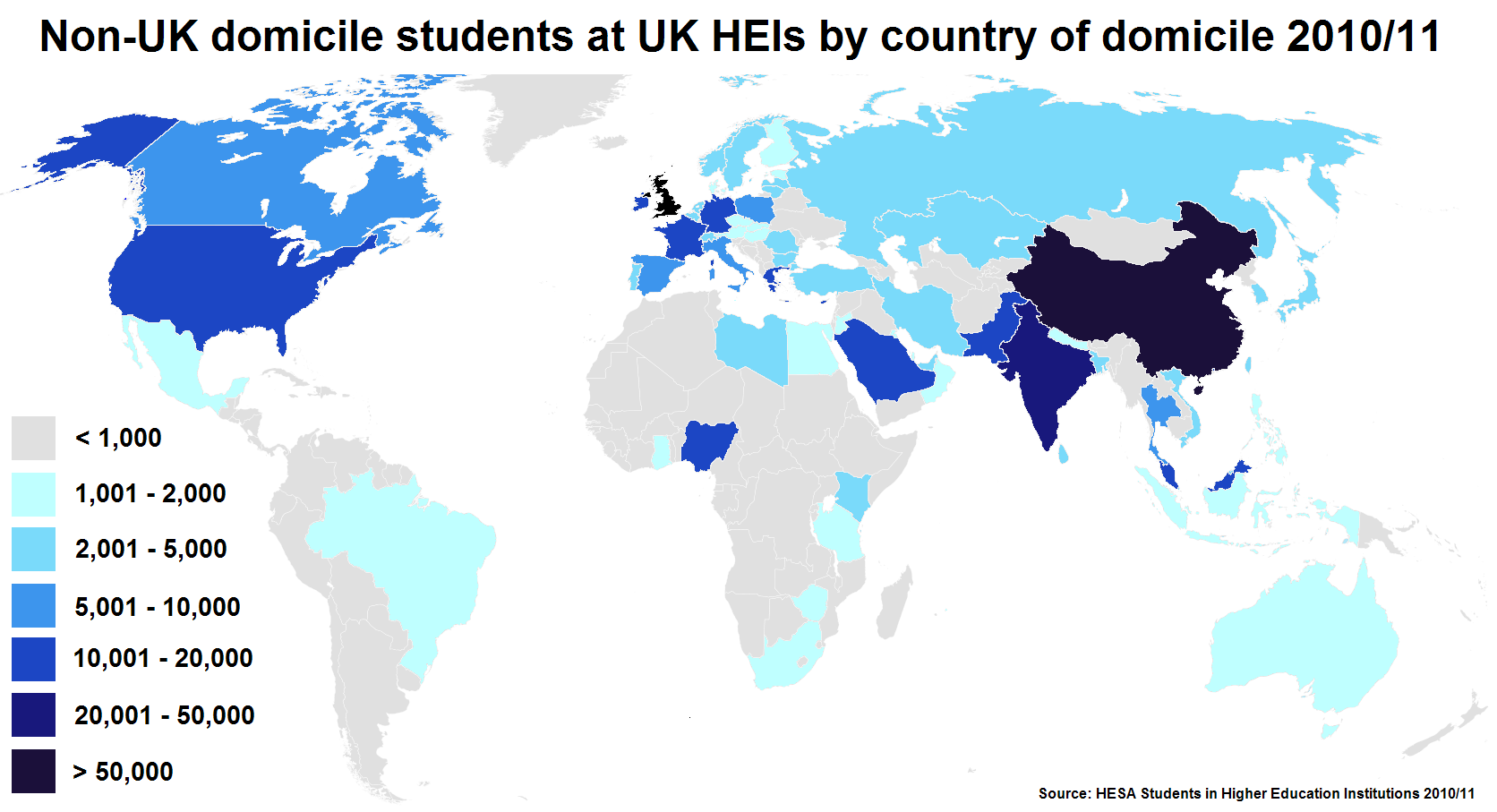 Students from China and India accounted for over 35% of all non-EU domicile students at UK HE institutions in 2010/11. The table below shows the growth in numbers of students from the top ten non-EU countries of domicile from 2009/10 to 2010/11.

Level and mode of study

A schedule of HESA releases for 2012 can be found here.