Age and gender statistics for HE staff

The majority (63%) of non-academic staff in 2013/14 were women, including 54% of managerial, professional and technical staff and 82% of clerical staff.

The HESA Staff record changed in 2012/13 so that earlier definitions of Professor are not strictly comparable with recent data. However in 2003/04 only 15% of academic staff graded 'Professor' were female, and the trend shows this proportion increasing slowly over time.

The graphic and table below show the demographic breakdown of staff in UK higher education by job type: 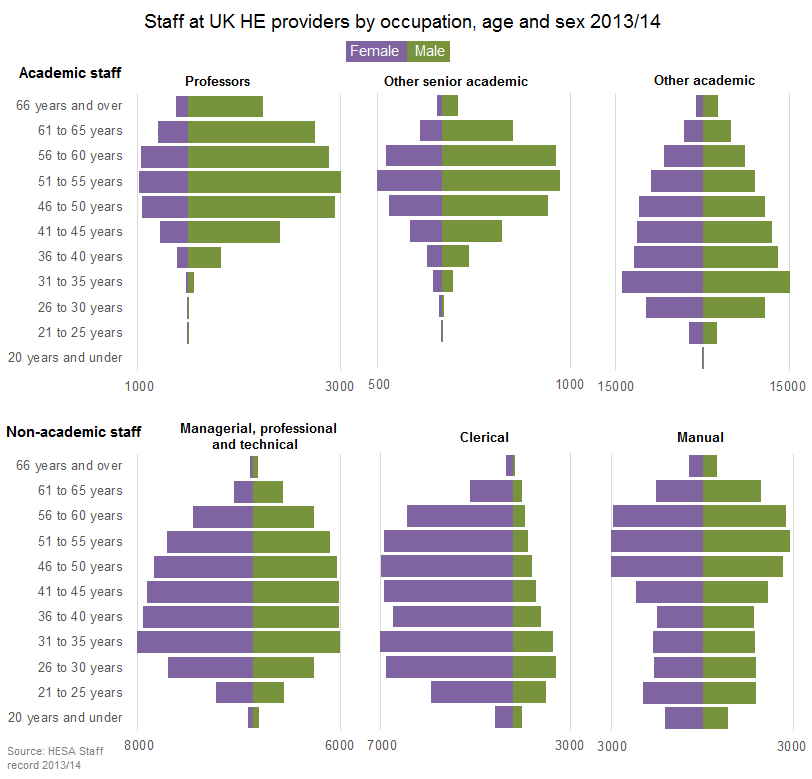 The next scheduled release from HESA will be the publication of finance statistics on 5 March. A schedule of HESA releases for 2015 can be found here.