The graphic below shows the numbers of academic staff by sex and age group: 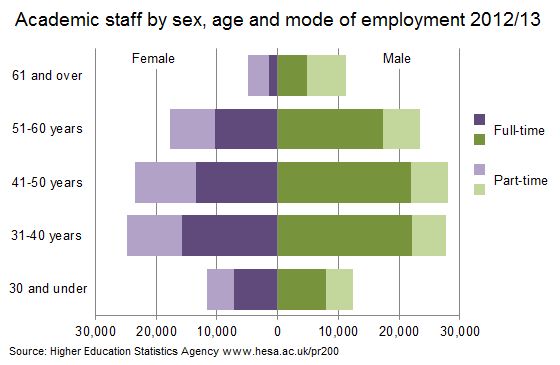 The proportion of female staff falls with age. Of academic staff aged 30 and under, 48.4% were female, while of those aged 61 and over, only 30.2% were female. Female staff were more likely than male staff to be working part-time in every age group.

The table below shows the data behind the graphic:

The next scheduled release from HESA will be the publication of finance statistics on 6 March. A full schedule of HESA releases for 2014 can be found here.