The graphic below shows the proportions of academic staff employed on different types of contract: 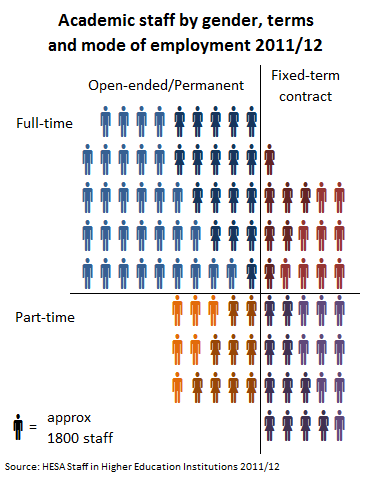