HESA has released data which shows that 320 of the 14,725 2015/16 graduates1 from universities and other higher education providers in Wales are working in 58 of the world’s 195 countries. 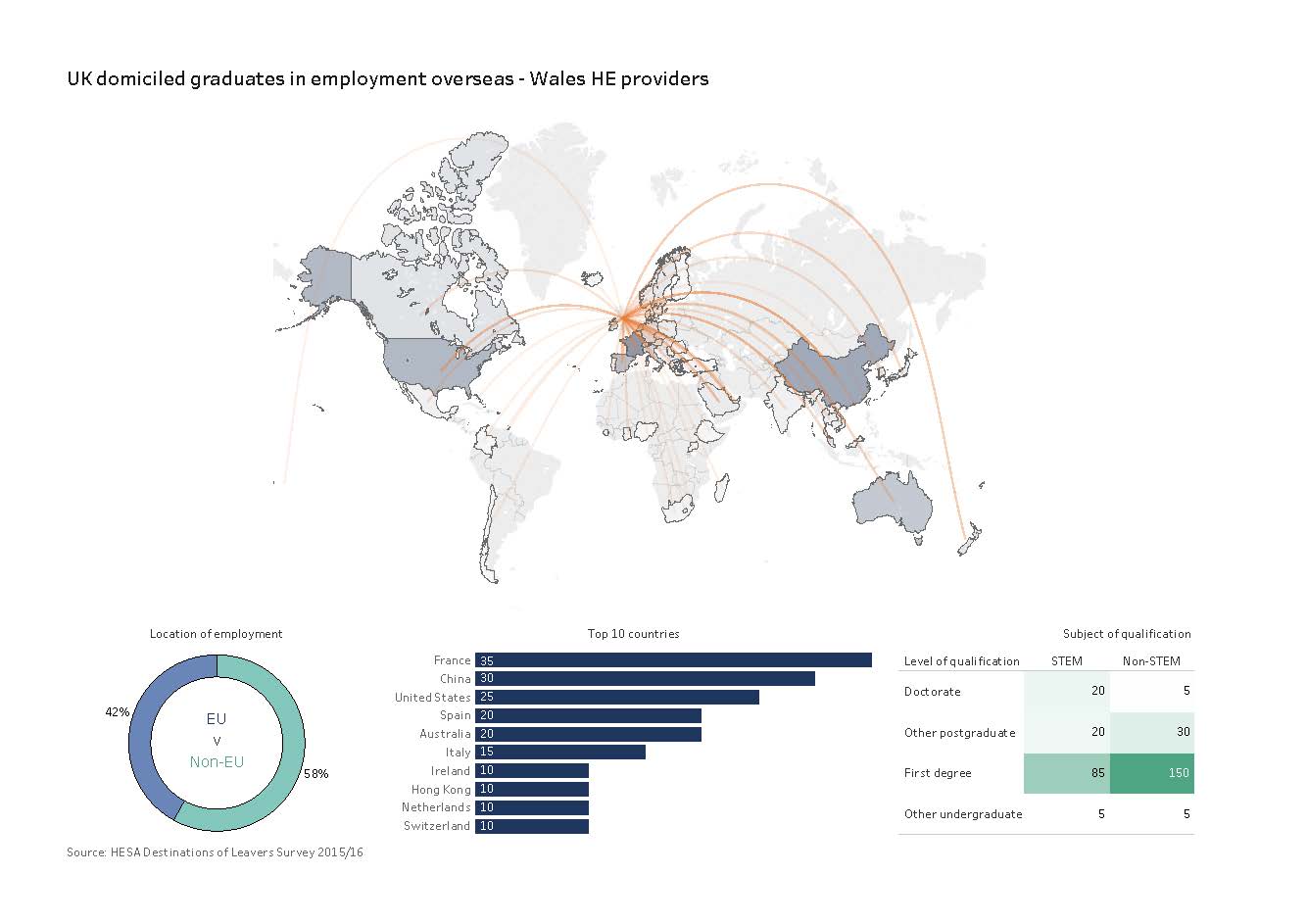 The top ten destination countries for the whole of the UK have remained unchanged for three years, although the ranking of each has varied.  But of the four UK nations, Wales was the only country where two non-EU countries – China and the USA – were in the top three destinations.  Hong Kong was also a top ten destination for students from Wales, but this wasn’t the case with England, Northern Ireland, and Scotland.

“Next year we will be able to identify any changes to graduate destinations that result from the continuing Brexit process.  HESA’s DLHE survey includes country of destination data, in addition to the analysis of employment rates of graduates, level of qualifications, sex, subject or specialism, and ethnicity – all of which can be provided with expert insight.”

For more information on the DLHE survey

HESA (the Higher Education Statistics Agency) is the recognised source of data on higher education in the UK. Its experts collect, analyse, and disseminate accurate and comprehensive statistical information on all aspects of UK higher education to support the strategic aims of its users and enhance the effectiveness of the sector as a whole. It is a charity and a company limited by guarantee. It operates as an independent organisation, working in close partnership with higher education providers, regulators, funders, government departments, policy makers, and other stakeholders.

This information is licensed under a Creative Commons Attribution 4.0 International License.

2 For the purposes of analysis, UK students are those whose normal residence before starting their course was in England, Northern Ireland, Scotland, Wales, the Isle of Man, or the Channel Islands.

4 The Destinations of Leavers from Higher Education (DLHE) survey consists of all UK, European Union and non-EU domiciled leavers for whom destinations data is expected and sought from UK HE providers in 2015/16 six months after graduation.