Staff at higher education providers in the United Kingdom 2015/16

Our Statistical First Release contains interactive charts which require Javascript to be enabled. Without Javascript, we present static charts below.

This is the first release of data from the 2015/16 HESA Staff record. The release provides details of staff employment at UK higher education providers on 1 December 2015. It has been produced in partnership with the UK administrations and is released in accordance with the arrangements approved by the UK Statistics Authority.

New to the Statistical First Release this year is an additional table on person characteristics of all staff Table 3. Detailed analysis of the HESA Staff record will be available in the reference volume Staff in Higher Education 2015/16 due to be released in February 2017.

In 2015/16, for the first time, atypical staff on non-academic contracts were excluded from the coverage of the Staff record. Prior to this, HE providers could optionally return this information.

Over the 2015/16 academic year, 72,015 atypical staff were employed by HE providers on academic contracts, a decrease of 5% from 2014/15. Atypical staff include individuals employed for one-off/short-term tasks and those employed for less than four consecutive weeks. As such, the total full-time equivalent (FTE) value of atypical staff in 2015/16 was only 4,850 (note: further detail on Staff FTE will be published in February 2017 in Staff in Higher Education 2015/16). 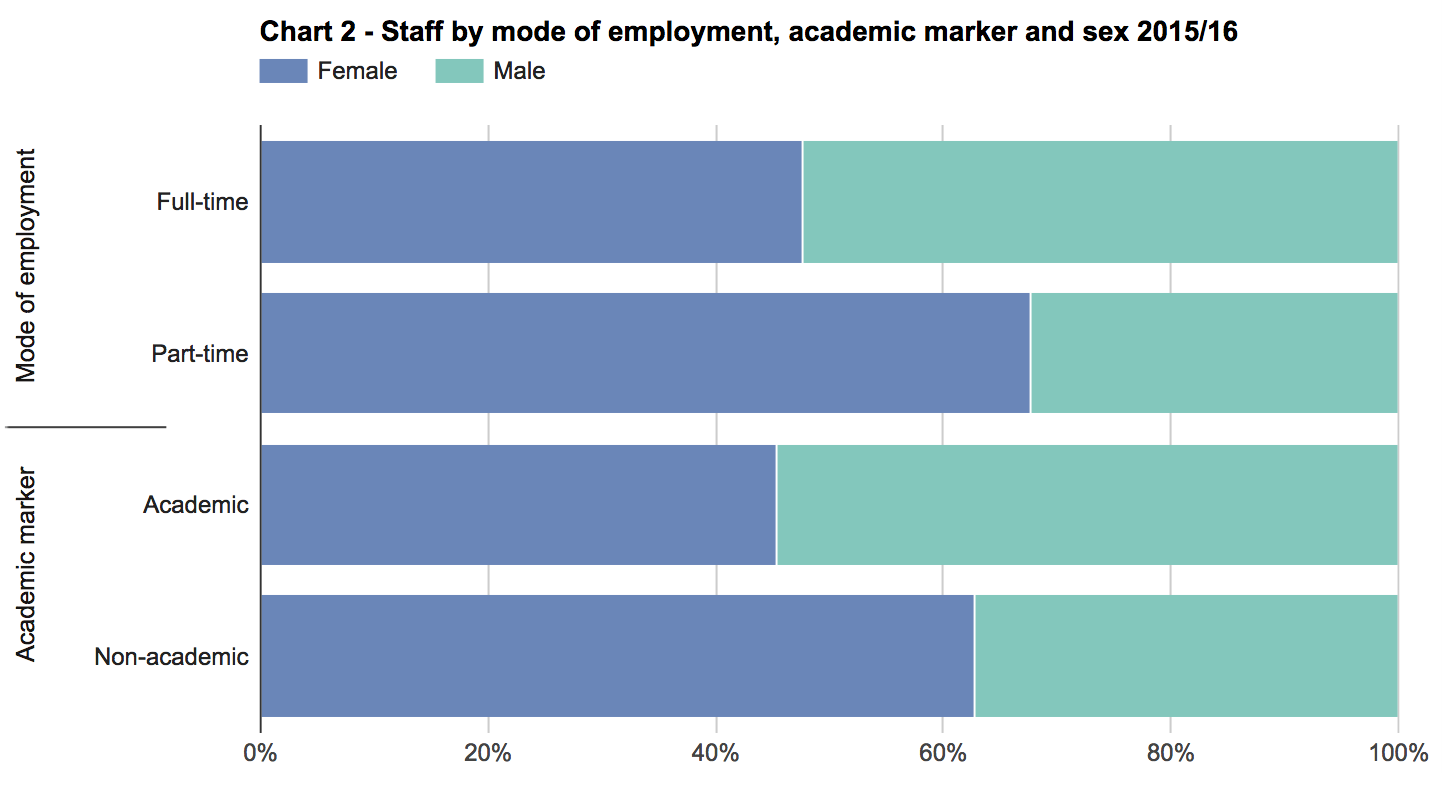 49%, or 98,620, of academic staff on 1 December 2015 were employed on contracts described as having a teaching and research function. 26%, or 52,590, had an academic employment function described as teaching only.

19,975 academic staff were employed on a contract level described as a professor in 2015/16 (it should be noted that this is likely to be an undercount of all professors because many will fall into more senior levels, i.e. Heads of Department, refer to definitions). 4,775 of these staff were female representing 24%. A further 6,160 academic staff were employed on Other senior academic contracts, 2,155 were female representing 35%.

The data in this SFR is based on the 2013/14 to 2015/16 HESA Staff record. The statistics in this SFR are derived by HESA from data collected from all publicly funded higher education providers in the UK, plus the University of Buckingham, which is a non-publicly-funded HE provider.

Data was prepared in December 2016 using the following versions of the datasets:

HESA cannot accept responsibility for any inferences or conclusions derived from the data by third parties.

This year we've redesigned how we present information in our Staff SFR. We’ve also included a new table on person characteristics (Table 3). We would like to hear your feedback, which can be sent to Rebecca Haslam, [email protected].