World food day: Where in the world are Agriculture graduates employed?

In the last five years at least 780 qualifiers from Agriculture and related subjects were in employment overseas six months after graduating. 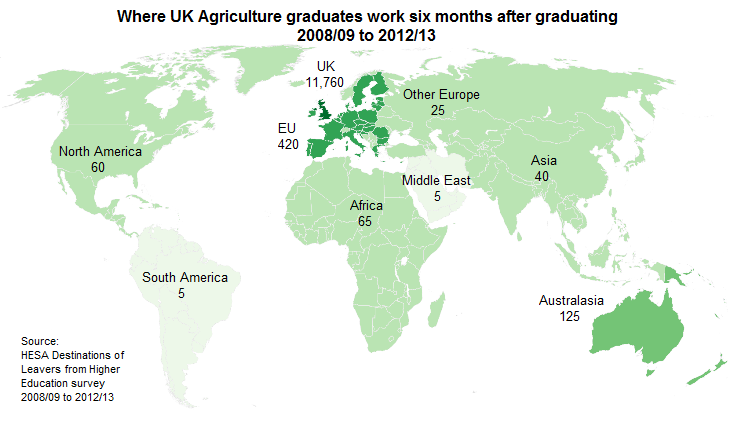 According to the Destinations of Leavers from Higher Education (DLHE) surveys for 2008/09 to 2012/13, 12,540 leavers from Agriculture and related subjects were in employment six months after leaving, out of 18,360 who completed the survey. Of these, 780 were employed outside the UK.

This probably represents an under-count of the true numbers working overseas since leavers working abroad are harder to reach. The numbers in the map are aggregated over 5 years of survey results because Agriculture and related subjects has relatively few students compared to other subject areas across UK HE providers.