Results of the longitudinal survey of 2010/11 graduate destinations released today.

A sample of graduates who left higher education in 2010/11 were asked what they were doing on 24 November 2014.

The full report of the survey results is available on our website. Summary results and charts can be found in the introduction.

The graphic shows the activities of leavers at each survey stage, including the flows between activity types. Overall 73.6% of those who were not working after 6 months (whether studying, unemployed or other) were in work after 3½ years. Meanwhile, 7.7% of those who were in work after 6 months were doing something other than work in November 2014. 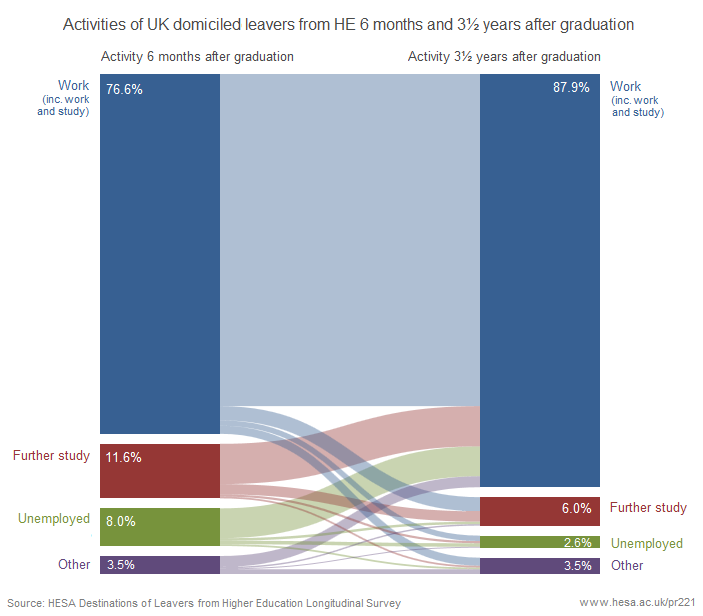 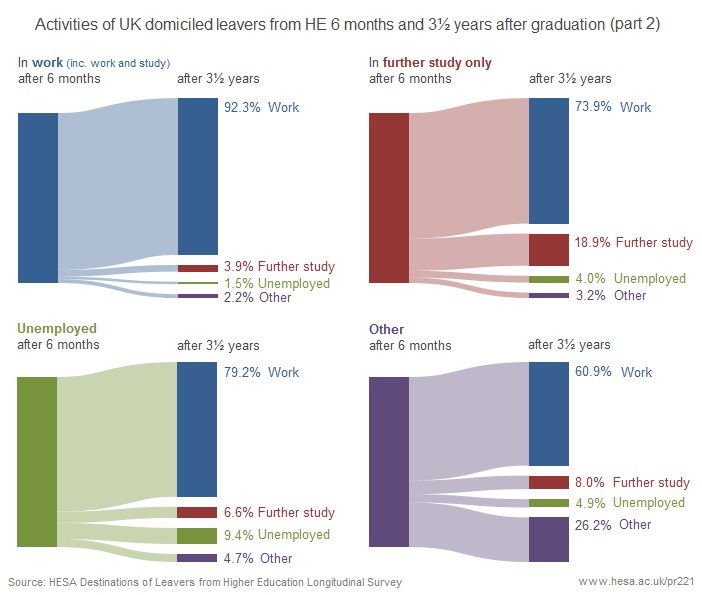 Chart 4 in the introduction and tables 5, 10 and 14 in the full report give more detailed comparisons of the early and longitudinal survey results.

The longitudinal survey has been carried out every two years since 2006. The latest survey shows an increase in the proportion of UK domiciled leavers employed and a decrease in the proportion in further study or unemployed compared to the 2012 survey of leavers from 2008/09. The unemployment rate has fallen back to the same level as for 2004/05 leavers when they were surveyed in 2008. 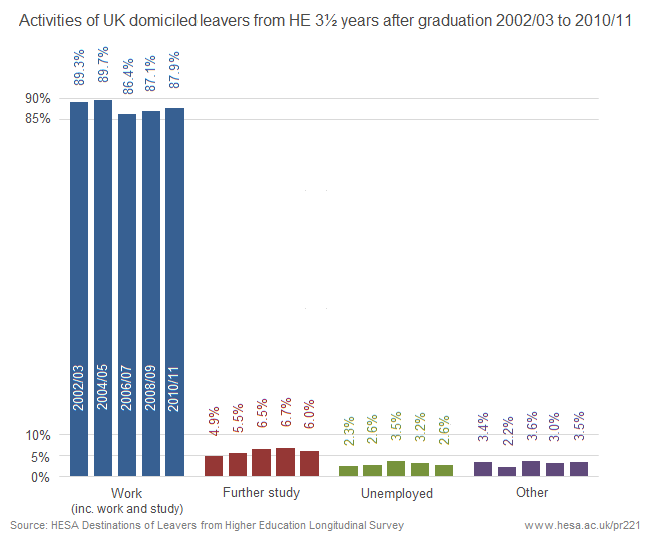 Table 1 of the full report provides a time series broken down by level of qualification and domicile. The full report for each year's survey can be found here.

Satisfaction with career and course

The survey included qualitative questions about graduates' opinions and levels of satisfaction. 86.5% of UK domicile leavers said they were satisfied with their career to date. 76.1% thought that the course they had completed in 2010/11 had prepared them well for their career. 66.3% agreed that their course had been good value for money.

More detailed results for the opinion questions can be found in tables 20 and 21 of the full report.

Tables 11a to 11c of the full report provide salary data broken down by level of qualification, subject and gender.

The full report, Destinations of Leavers from Higher Education Longitudinal Survey 2010/11 provides detailed information on the activities of students 3½ years after leaving higher education. The 30 tables in the free publication include activity and employment breakdowns by:

The introduction to the publication includes further charts summarising various aspects of the survey results.

The Higher Education Statistics Agency (HESA) is the recognised source of data on higher education in the UK. Our experts collect, analyse, and disseminate accurate and comprehensive statistical information on all aspects of UK higher education in order to support the strategic aims of our users and enhance the effectiveness of the sector as a whole. We are a charity and a company limited by guarantee. We operate as an independent organisation, working in close partnership with higher education providers, regulators, funders, government departments, policy makers, and other stakeholders.