HE Finance Plus 2013/14 shows that the total income of higher education providers5 in 2013/14 was £30.7 billion. Funding bodies provided £6.1 billion of this income, while tuition fees and education contracts contributed £13.7 billion.

The chart below shows the proportions of total income of UK higher education providers by source in 2013/14: 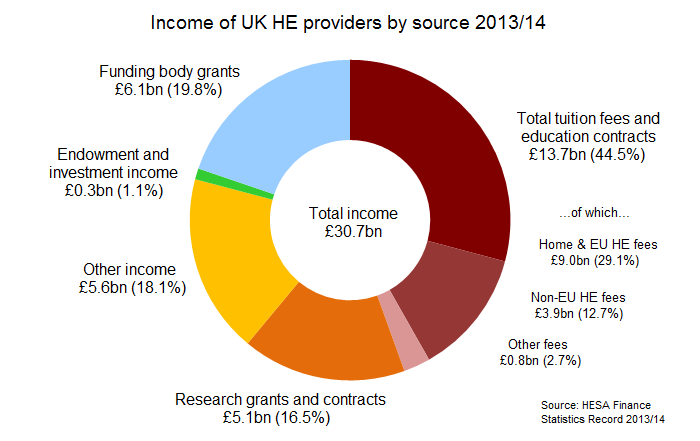 2013/14 was the second year of the £9,000 undergraduate fee cap.6 The relative contribution of tuition fees to total income continued to grow, while funding body grants decreased in both relative and absolute terms. The chart below shows the share of income contributed by each source for the last six years: 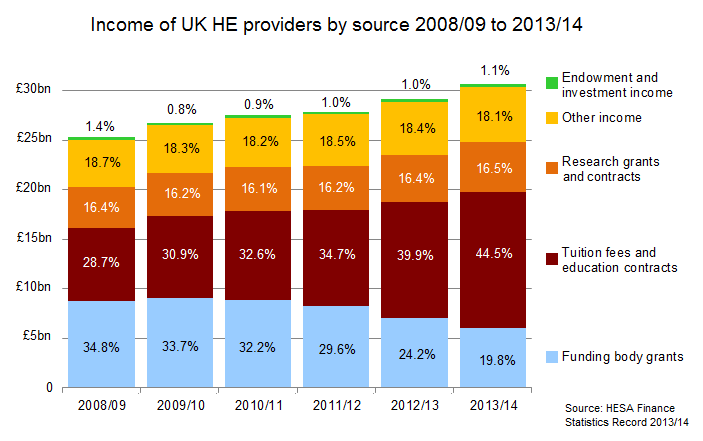 Table 2 shows the changes in income from the major sources from the previous year. Tuition fee income increased by 17.3% while income from funding body grants fell by 13.9%. 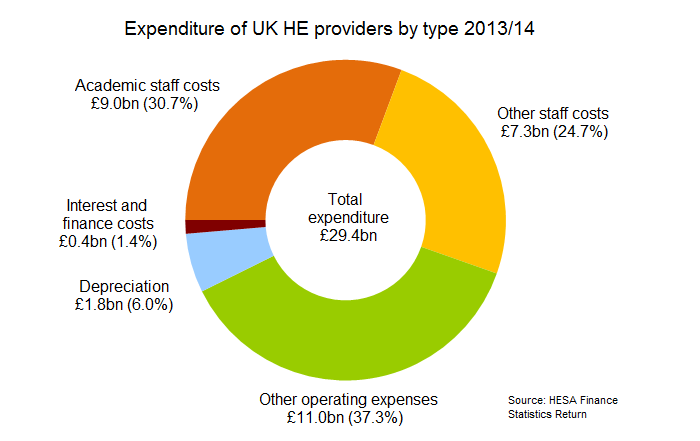 Table 3 shows the changes in expenditure for the major types from the previous year. Total expenditure increased 5.1% between 2012/13 and 2013/14. Staff costs, which accounted for more than half of total expenditure, increased by 5.4%. Statistics on the number of staff employed at UK HE providers can be found here.

The related HESA product, Finances of Higher Education Providers, containing a subset of the HESA finance collection will be published in April. Results of the 2013/14 HE Business and Community Interaction Survey will be published on 31 March. A full schedule of all HESA releases for 2015 can be found here.