The graphs and table below show the trends in first year first degree students by subject area. 2007/08 was the first year of the JACS2 subject coding system which is comparable with the current JACS3 system introduced in 2012/13. 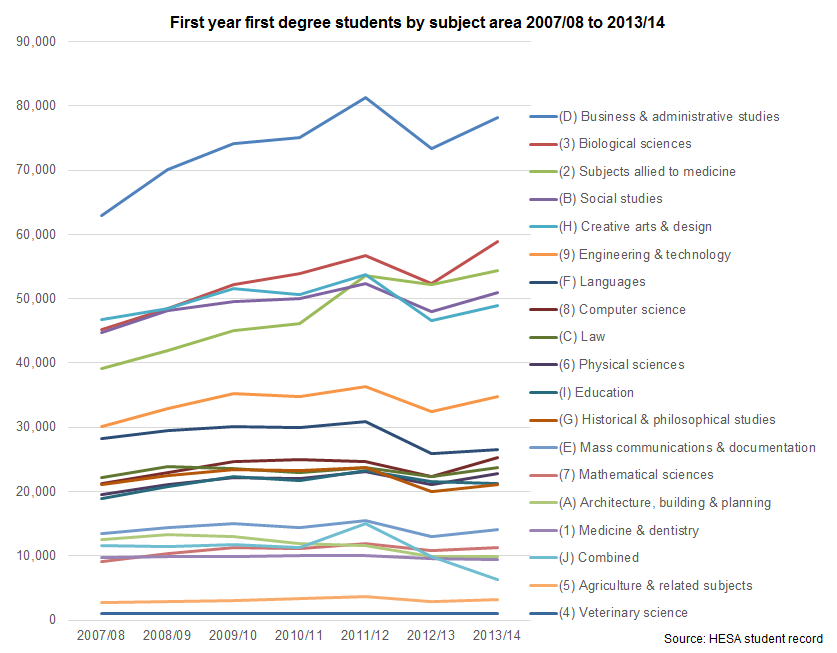 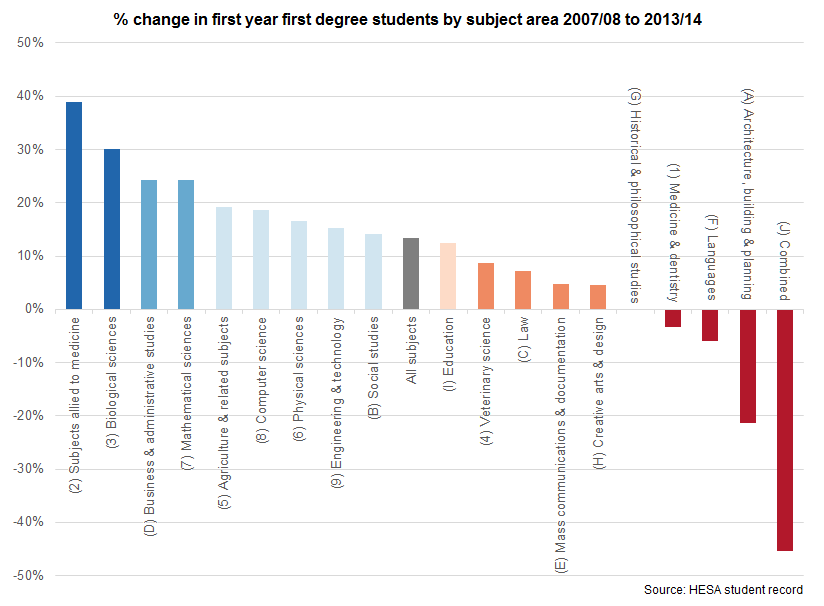 The two largest subjects within biological sciences are psychology and sport & exercise science, which saw increases in first degree entrant numbers of 26% and 34% respectively over the seven years.

Subjects allied to medicine is dominated by nursing, which saw a 73% rise in first degree entrants since 2007/08. This reflects the sector-wide change of nursing qualifications from DipHE to first degree level. Over the same period, entrants to complimentary medicines, therapies and well-being fell by 49%.

Languages was the largest subject area to see a fall in student numbers. This subject area includes English studies, which saw a 5% drop in first degree entrants.

A table showing the equivalent data for all principal subjects can be downloadedhere.

Further tables and graphs from Students in Higher Education 2013/14 are published as free online data tables and in the publication's introduction.

A schedule of HESA releases for 2015 can be found here.